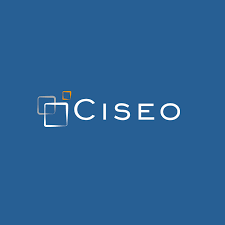 Ciseo specializes in the development of production equipment and specific machines for production lines in the pharmaceutical industry. The company encountered a problem to automate depalletization of boxes of syringes stored in crates. These boxes have vertical sides ending with a horizontal area facing outwards, which overlap between boxes in the crates. As a result, automatic depalletizing by a robot, using a sequential order, is almost impossible without spilling the contents of the boxes.

This is why Ciseo contacted Sagacify to help them develop an AI system that lets a robotic arm determine which is the next box to be taken out of the crate in order to avoid breakage.

Sagacify developed an AI algorithm to analyze the images taken by a camera placed on the robotic arm. The AI model allows to determine which box should be removed next, i.e the one with all sides visible without overlap, identify its coordinates (x,y,z), and send the information to the robotic arm in order to empty the crate without breaking.

To cope with the challenges explained above, the problem was broken down in different stages:

The developed model is able to correctly detect a box that can be picked up by the robot, with an accuracy of 92.5%. In most cases, several boxes have all their corners free at the same time which means that the probability to remove a box without breaking any syringes is very high.